New research studies are finding that cannabis has strong anti-inflammatory and pain reducing properties. Medical marijuana may be a possible answer for athletes to move away from prescription opioids with dangerous side effects.

It’s not just doctors and scientists who are interested in discovering the medicinal properties of marijuana. Eugene Monroe is helping lead the charge. The seven-year NFL veteran was a first-round draft pick of the Jacksonville Jaguars in 2009. He played the final two seasons of his career with the Baltimore Ravens. He retired in 2016 citing pain, injuries, and a concern for his long-term health.

Since his retirement, Monroe has been a champion for medical marijuana as evidenced by this open letter to the NFL. It’s not about getting high, though. There’s an important distinction to be made. In order to understand that distinction, we need some background on just how serious the pain management problem is in the NFL.

Anyone who has watched American football has an appreciation for the violence of the game. As a lifelong fan, I’ve often wondered how the athletes put up with all of the collisions they go through over the course of a Sunday afternoon. While being in top physical shape is absolutely necessary, there is apparently a pharmaceutical component as well. One that is not talked about in the open.

Toradol is an anti-inflammatory and pain reducer. Usually delivered by injection before a game (it is also available orally), this drug helps football players deal with pain during play. The drug is so effective, it also may dampen or completely hide the body’s pain response to injury. Many players, including Monroe, get hurt and don’t realize it immediately. Here is a chilling story in Monroe’s own words about his first major football injury while at the University of Virginia.

“When I was playing college ball at Virginia, I tore my shoulder up in a game against UConn in 2007. I was blocking Dan Davis, a defensive tackle who had been my high school teammate in Plainfield, N.J. At some point in the game I had hit Dan and felt something shift in my shoulder — but there was no immediate pain. Why would there be? I had gotten a T-shot before kickoff. The team doctors examined my battered shoulder on the sideline. My labrum was destroyed. I played the rest of the year while being treated with a combination of pharmaceuticals and physical therapy. When the season was over, my labrum was surgically repaired and I began a steady course of opioids and anti-inflammatories.”

Which medicines, you ask? It’s exactly what you think: Oxycodone and Vicodin, among others. As well as more anti-inflammatory drugs including Celebrex which were, of course, followed by more prescription pills to ward off side effects of Celebrex. The following is an excerpt from Monroe’s interview with ESPN – The Magazine about the seemingly never-ending succession of prescription drugs.

“On Sundays, he stood in line for injections of the anti-inflammatory Toradol, and the rest of the time he took the pills the team doctors and surgeons prescribed for him. A 10-year prescription for the anti-inflammatory Celebrex; another for the gastric distress the Celebrex caused; another for Ambien, when he was too jacked up or in too much pain to sleep; another for the migraines caused by his concussions; and then the prescriptions for pain, Vicodin and Oxycontin, when he was either trying to forestall surgery or trying to recover from it. His intake wasn’t out of the ordinary. It was typical, and so was the fact that it got him high.”

Pain is the human brain telling the body to stop whatever current activity is causing it. During his playing days, Monroe dealt with an incredible amount of chronic pain. That, along with his concern about brain injury following a concussion, spurred his decision to retire from football.

“They have accumulated to the point that I deal with enormous pain on a daily basis,” he said. “Just getting out of bed, especially during the season, can be difficult.”

In his retirement, two things continue for Monroe: First, he still deals with chronic pain. Second, he has found a better alternative to prescription opioids and anti-inflammatories: medical marijuana.

Just the mention of the word marijuana is where some people check out. Many people believe that since it is classified as a controlled substance, the only use for it would be to get high. In the case of marijuana, this is simply not true. Marijuana contains many chemicals. One of these chemicals, THC, is a psychotropic. It’s what makes people feel “high.”

The more important chemical for pain management is cannabidiol or CBD. This chemical has anti-inflammatory properties as well as some other positive effects for football players and others suffering from chronic pain.

Kannalife is a company that is working on developing CBD for therapeutic purposes. Their research is dedicated to using cannabinoids to treat Chronic Traumatic Encephalopathy (CTE) and Hepatic Encephalopathy (HE).  You can read more about concussions and CTE in our three-part DSN exclusive interview series here, here and here.

Dr. Bill Kinney, chief scientific officer of Kannalife, told Sports Illustrated that there are high hopes for the chemical.

“We know that CBD is neuroprotective,” Kinney says. “We have seen effects in both protecting against cell death and increasing cell viability… We think CBD could protect the neurons from future injury and also help them repair.”

There are some issues with CBD as it occurs naturally, however. One drawback is that it is toxic when taken in large doses. Furthermore, when taken orally, it takes a long time for the medicine to get into the bloodstream creating too long of an interval before medicinal benefits occur in the body. Currently, the best way to get doses of CBD is by smoking marijuana or vaping hash oil.

Good news on the horizon

So, what is a former football player to do? Eugene Monroe uses legally prescribed medical marijuana to help manage his pain. However, he’s doing more than that.

Monroe is a leading advocate for medical marijuana research. In fact, he has personally contributed funding to various scientific organizations in an attempt to spur growth and discovery.

Monroe’s funding and advocacy have not been in vain.

In recent studies and due to research by companies like Kannalife, scientists have discovered a way to synthetically create CBD. The lab-created CBD has the added benefit of being 50 times more potent and 400 times safer than the naturally occurring chemical. Synthetic CBD can also be taken orally. Another research study found that CBD not only reduced the effect of brain injury but, also helped restore some brain function in test animals.

This new research is incredibly exciting. It’s not hard to imagine that scientists could develop synthetic CBD that could be taken in pill form. Or injected. Possibly as a topical creme as the video below suggests. 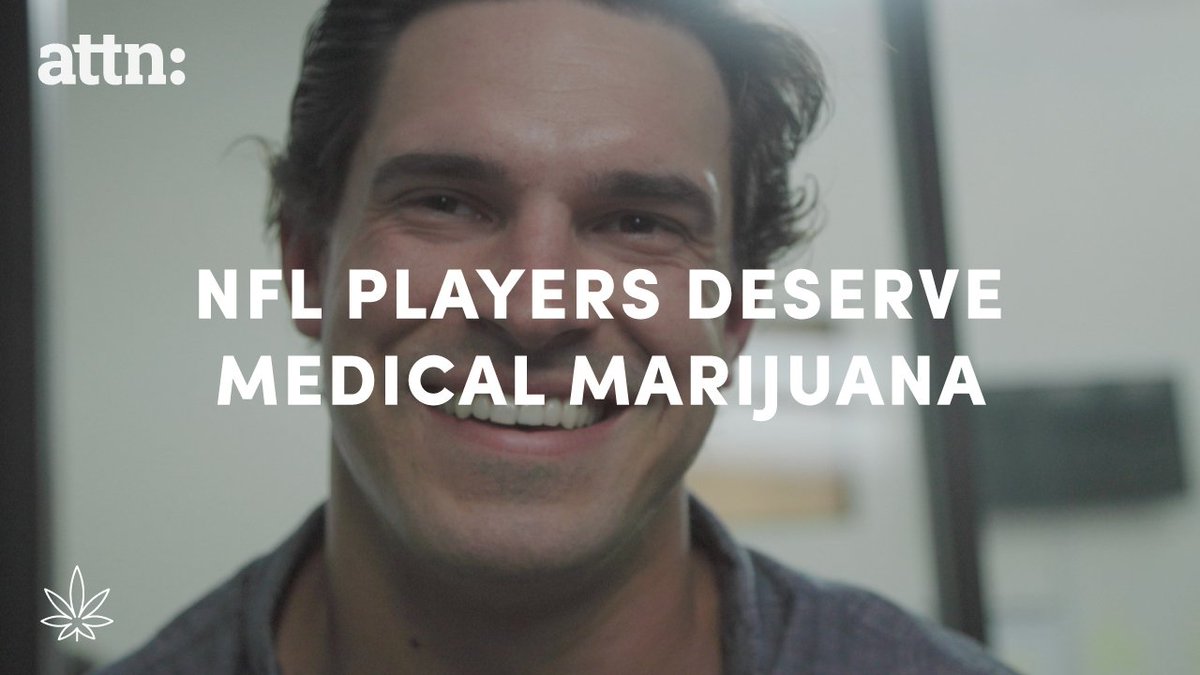 This former NFL player proves that marijuana is an amazing painkiller.

For Eugene Monroe, the future holds more advocacy for those in need of help, including himself. His mission in retirement is stated very clearly on his website:

Cannabis could provide athletes suffering from inflammation with relief